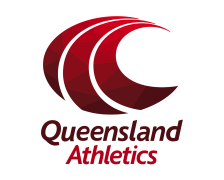 HISTORY – THE UNIVERSITY OF THE SUNSHINE COAST ATHLETICS CLUB

On the 30th of March 1956, this association was formed by a group of volunteers under the leadership of (the late Maroochy chairman) Mr Eddie de Vere. The club set up its headquarters at Petrie Park in Nambour and used that clubhouse for storing equipment, holding monthly meetings, and running regular training sessions.

In 1974 the building burnt to the ground. The club moved to Maroochydore, relocating back to Nambour in 1976 when the clubhouse was rebuilt. The club’s strength at the time was in organizing most of the local school athletic competitions, and also in organizing cross-country runs in the winter months. These were strongly attended with the athletes travelling far and wide to compete.

Training at the venue became more difficult when the hockey club was granted access to the facilities. Club organizers sought an oval in Nambour that could accommodate a 400-metre running track.

In 1986 the little athletics club Nambour and the Sunshine Coast amateur athletics club joined forces to set up a 400-metre track and added long jump pits, discus and shot put pads, plus javelin and high jump areas. The Maroochy shire council was very helpful by providing heavy machinery and top fill, and when combined with the club members’ ‘know-how’, set up a wonderful track in the police youth club grounds in Nambour. However, these grounds were subject to flooding which disrupted athletes training regimes and was detrimental to holding carnivals.

In 1997 representatives from the government and the University of the sunshine coast approached the club officials to assist with setting up a tartan track of world standard. With the 2000 Sydney Olympics just around the corner and such facilities being much in demand, club officials threw themselves into the project. After innumerable planning and design meetings, construction began on the facility now located at the University of the Sunshine Coast, with facility completion in August 2000. It has become an enormous asset, benefiting the university, the club and numerous schools who can now compete there in all weather conditions.

since 2000 the number of registered athletes has doubled and the club is a breeding ground for quality athletes, boasting among its numbers world masters gold medallists, national titleholders, and a number of state champions.